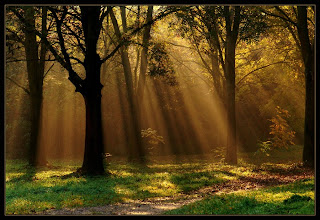 Not much to show for it - a few creative and personal development retreats, a fab family getaway to San Francisco by train, a whole lot of committee and other volunteer work and of course, the usual kid run-around and achievements.

My son spent a few months meeting with his congregational counterparts - all 8th graders - for their Coming of Age prep classes.  The annual Coming of Age service at our church was held early-May.  In prep for this service, in which all of the 8th graders plan the "sermon", the music and the readings, each 8th grader must write and deliver their own credo or personal belief statement which may or may not be traditionally spiritual.  Holy Son was pretty secretive about his credo right up until the day before the service, as he wanted to surprise me.  (Plus he didn't want his English Minor mother correcting his dangling modifiers).  The sum total I was able to gleen from his speech was when he blurted out some words during his final edit the night before and asked me to be his live and interactive thesaurus.

Suffice to say, I was blown away by his credo.  Up until that point, we hadn't spent a ton of time waxing poetic about his religiosity, despite the fact that I was a religious studies major for much of his childhood.  The extent of his "churching" has consisted of only 5 years as a Unitarian Universalist - exploring what that looks like to believe what feels right within.  This is, of course, a far cry from the evangelical leanings of his grandparents, who are newfound and rather devout Pentacostals.

So I was a bit nervous that he might stand up and profess that he believes we all come from aliens.  Not that there's anything wrong with that - in all likelihood, we do - how else to explain the long-running success of Mork and Mindy, after all?  But as it turns out, he chose to speak of a few of the UU principles, which are statements of belief, if I may purport to speak for the whole, that UU's choose to affirm and live out.  He spoke of love, compassion, originality and music - a gutsy proposition for a 13-year old boy - and linked how meaningful each of these are in life relative to the 2nd, 3rd and 7th Principles.  And then he ended with one of my favorite quotes - which really did tie it all together rather nicely. He quoted Rumi with:


Today, like every other day, we wake up empty
and frightened. Don't open the door to the study
and begin reading. Take down a musical instrument.
Let the beauty we love be what we do.
There are hundreds of ways to kneel and kiss the ground.
Indeed there are.  And he practiced one form that day wherein he and a couple of the girls from Coming of Age decided to form a trio and play Leonard Cohen's Hallelujah.  Holy Son is featured as the cellist - check out the video clip link - it's a fine rendition, especially considering that the three of them practiced together only twice and never for a complete run-through.

Truth be told, I'm kinda jealous about this whole rite of passage thing.  Not that there's anything stopping me from writing my own credo but having the opportunity to explore my life journey and faith and beliefs in covenant with other midlifers - it sounds divine.   Clearly, I may need to create such a group.  Each of the teens works with an adult mentor and many of the mentors express how rich and meaningful the journey was for them, as well - some admit they felt they were experiencing a Coming of Age far more profound than those of the teens.

And in a sense, they were.  Bill Plotkin and others in the rite of passage world address and guide people through these various stages from childhood to adolescence to adulthood and finally, into elderhood.  The grandest litmus test for most of us is to consider what our own major life passages have looked like and the degree to which they were healthy transitions for us.  And yet, it is never too late to reclaim those memories and create ritual around honoring that pivotal life passage, even if does seem to be decades "too late."

I recently came back from a UU retreat, in which we explored this very topic and work.  We worked wtih Bill Plotkin's 8-stage soulcentric wheel, which is showcased in his book, Nature and the Human Soul and we considered what healthy and not-so-healthy transitions look like in our society.

Case in point:  ask any kid what signs and indicators are there for them to know they've come of age and they'll glibly share it was the moment they were allowed to get a cell phone.  Or for Jewish kids, it is often the bragging right of how lavish a party their parents were able to throw for them. Similarly, a teen will likely speak to a frosh moment or a driver's licence or a drinking fest.  The midlifer rites in our society aren't any better.  Often, you can spot the midlife transition by the crisis rather than the healthy rituals.  Affairs and sports cars most often accompany these critical points on the midlife timeline.  And naturally, elderhood fairs no better.  Elderhood in Western society, rather than being considered an honorable status, is marked by retirement from work and the freedom to engage in frivolous activities (bowling, golfing, RV park antics).  Elders are cast aside to the peripheral instead of being called upon to be our greatest wisdom teachers.

Such is the fracture and fragment of our modern egocentric world, in which commercial rules supreme and the soul be damned.  Which is why we might begin to see why the road to wholeness is paved with so much mental illness.

OK, off my soapbox.  We all know the drill.

So Holy Son will be culiminating his spring Coming of Age experience with a trip in the wilderness this summer with Rite of Passage Journeys.  This clip encapsulates much of what the journey means to the participants, both pre and post.

It will be mandatory fun for Holy Son but he's looking forward to it.  The expedition will be three weeks in length and will follow a proper anthropological model of seperation, liminality and return.  It encompasses various indigenous practices including a solo wilderness quest and fast, a sweat lodge experience, drumming, mask-making, performative ritual drama and yes, the hero's journey ordeal of overcoming the physical challenges that nature likes to throw our way (steep hikes and inclement weather). During this time, we will have no contact with him - it's that liminality and severance thing which is arguably the most critical aspect of healthy individuation.

Should we all be so lucky as to get and/or willingly give ourselves a three-week break from life, the universe and everything.

True confession time - I'm taking one week in August - it will be a 5 day respite to the same neck of the woods Holy Son begins his journey a month earlier.  I'm looking forward to some solitude, some writing, hiking and time spent connecting with nature.  And just being.  Nothing to do and no place be be except in the here and the now.  Or rather, in the there and then.


What is necessary, after all, is only this: solitude, vast inner solitude. To walk inside of yourself and meet no one for hours -- that is what you must be able to attain.

You have reason to be proud of your son. I was a Leonard Cohen fan for many, many years, and it's nice to see the enduring popularity of his music. Thanks for your recent comments.
My favorite poet just left to go back to Paris via New York. Our children are our wormholes through time.

We've just come home from a great 2 week break in some of our most beautiful national parks. Stop by for some photos when you have the time. Hope you and the family are well.
J.