Forgive me Father for I have sinned. It has been many moons since my last blog post.

Summer had a way of seducing me into that comfortably numb place of apathy about all things religion and politics. Life is short, so is summer – why sweat the big stuff? Or is it small stuff? I can’t rightly discern anymore.

Truth
I no longer know what I know for sure, so snafu are the times. All I know is that by the time the Democratic Convention rolled around, I was more than ready to escape out of Dodge to Orcas Island, which is hours from mainland and miles apart in liberal aesthetics. Islanders have life figured out. I gotta get me some of that living one fine day. 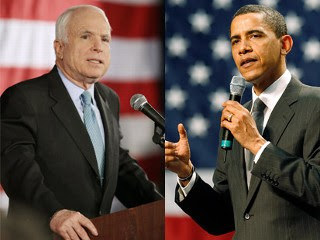 Unfortunately, returning home entailed being bombarded with the Republican National Convention in the mass media on a 24/7 basis. These conventions are fascinating on so many levels, not the least of which is that they are packed to the rafters with regular Joes and Josephines who I would presume, lead a relatively normal life somewhere else other than as sign holders and groupies at a political conference.


In Canada, our national political parties are lucky if they can elicit the interest of several hundred people, let alone tens of thousands, make that millions in the Neilson ratings, during their election year convention weekends. Such is one of our many attitudinal and altitudinal differences. Heck, our politicians call national elections less than two months out. How’s that for quick, painless and frugal campaigning? Sure, there’s the regular mud-slinging, although a politician’s religiosity is still considered relatively sacred ground and mostly irrelevant to the task at hand. But the line between public and private life is still blurred. In the course of the past week, no less than three NDP (progressive social democratic views on the left side of the spectrum) party candidates have resigned over allegations of pot smoking and public nudity.

Thank God for politicians – who else would we lampoon nationally?

But thank God for short elections, as well. Enduring three years of active campaigning, not to mention innuendos, mudslinging and bi-partisan slander at the expense of real world news – to say nothing of productive government reform or lack thereof in the interim years – it begins to weigh on the psyche like a dead, lead weight.

Little wonder some of us begin to feel desperate for escape.

Or begin thinking mathematically. 43 days until the election. $1 billion in total campaign spending. Two+ years of active campaigning, if one adds to the equation Obama’s coming out party on Oprah and Audacity of Hope book launch in the fall of 2006.

A billion dollars. That’s a large chunk of change. That equates to the gross domestic product of India. That’s sick, and I don’t mean sick as in chill, cool, and far out. I mean sick as in demented and deranged and dysfunctional and decrepit.

Especially since these millions upon millions of dollars end up getting sucked into the media slot machine vortex so that Internet bells might ring and news junkies then salivate over the spat out and regurgitated remains that constitute soundbite belches and cliché-ridden sentence fragments on some obscure journalist’s blog.

What blondie on Fox News was most incensed by, however, was not so much redneck and hick typecasting which proved “incendiary”~ it was that the CBC, as Canada’s publicly-funded broadcasting corporation, would not censor such free wheelin’ and egads! ~ misogynist speech about their new Alaskan husky bitch. How dare Canada have its own version of the first amendment?

It’s nothing if not humorous and more than a little sadly ironic, actually. Because at this point in my Fox News diatribe, I beg to question: isn’t this media indignation a little like the pot calling the kettle black?

As much as Fox News purports to be fair and balanced (and I’m a size 4 - when are clothing manufacturers going to get their labeling right?!), we all know it’s the embedded journalist cog in the Republican wheel of theocratic media feeds. The public gets it, but in this post-RSS age of MEdia syndication, we’re willing to tune out the offensive in favor of a more palatable and digestive news source. One that lets us sleep in salacious pleasure with our integrity each night. Not that Fox News doesn’t permit the same for so many. In true supply/demand fashion, a super-sized, zombaic graveyard of conservative Americans live, eat, breath, love it and stand in line for another heaping plate of it. Ratings and advertising demand proves this and indeed, so too, do the Republican advance polling numbers.

But the indignation did not stop there. Is that how Canadians really feel?, blondie went on to question, in what I’ll take to be a rhetorical tone, if only for the sake of my precarious footing on this rapidly-sinking American soil. The last time I can remember Canada being blanketed on such a wholesale basis was last December’s snowstorm. Suffice to say, it was equally as cold.

And heck, I feel downright compelled as an Americanadian to bow down in shame. It’s the typical Canadian response. Geewhilickers, Fox News, on behalf of all Canadians (because I’m magnamious like that – I’m sorry but it’s true - such that I would dare want to speak for all my fellow Canucks)… we’re so very sorry to have offended your Dominionist sensibilities. I mean what does that Heather Mallick know anyways? She said it herself ~ she out-hicks Palin on the small town front.

But unlike most Canadian news stories that enjoy less than two seconds of fame on American networks, the blasphemous stench from this one endures. Greta Van Susteren went on record to denounce Mallick as a pig, a comment that arguably posits Greta in the same pile of trough slop, journalistically speaking. Still others have been equally vocal. “Those morons up north just can’t keep their ignorant mouths shut when it’s really none of their socialist business…the People’s Republic of Canada is no friend of the USA,” rants one fellow, whom I would have to guess, has close familial ties to Levi Johnston. He makes a valid point though. Who are we Canucks to diss Americans? The unwritten rule within dysfunctional families hints that only family members can pick apart the system or lack thereof. Outsiders should mind their own business.

Indeed. North is north and south is south, and never the twain shall meet, especially when it comes to maters of patriotism, healthcare universalism, and hockey supremacy. As much as we straddle a common border, share a continent, speak the same language, and have similar consumerist tendencies, we are two wholly other worlds apart. We are like cheek-kissing cousins who oft get confused about whether to kiss left or right, how to turn the other cheek, or even when to bare the bottom ones.

It would be easy to label Canada’s own bi-partisan angst a Democrat versus Republican one, but in fact, the integral differences between Canada’s two main political factions – the Conservative party and the Liberal Party. To suggest that the Conservatives are to Republicans as the Liberals are to Democrats is to make a gross error in generalization. The spectrum spread between the two is ever so slight as to render them both virtually centrist, give or take a degree or two in spectrum-speak. The Green Party and NDPs are the more socialist parties yet they only ever manage to garner a small portion of the left wing vote….too small to count, really. And I won’t even speak of the Bloc Quebecois Party except to mumble Sacriste Tabernacle under my breath and something else about merde that doesn’t necessitate repeating.

And so, to borrow a clichéic paragraph from standard journalism pages a moment, our systems are very much apples to oranges. Yet similarities persist. We have our out with the old, in with the new voting patterns, too. And often, what we find is that it’s six of one, half a dozen of the other – there often is no greener grass on either side of the so-called great political divide, to push the clichés to shove, if I may. Canadians are typecast for being just as bi-partisan when, in actual fact, most Canadians are equally chimerical in their wolf/sheep political views as Americans. It would be nice to think that most of us stand for only conservative values or only liberal issues, but the fact remains, most of us, aren’t that easy to pigeonhole.

Case in point, do the Republicans actually think Palin speaks to the feminist vote? I was pro-Hillary from a feminist perspective but not when it came to certain political issues. Palin, however, is the antithesis of female empowerment in this nation.

Holy Son confessed to his grandparents while visiting Alberta this summer, that if McCain won the election, we were moving back to Canada. The jury was still out on that one this past summer actually, but with Palin as the Republican ticket sidekick now, a green card re-assessment would definitely be in order.

We can do little more, as betwixt and between citizens, than cross our fingers and trust that this time, Americans are sick and bloody tired of having their good name tarnished and sullied internationally. With war-fatigue at an all time high, the mortgage industry in ruin, national debt at a chart-topping level, and financial markets in near collapse, there has never been a more opportune time to take a chance on change and dare I suggest, begin to rebuild the empire at a grass-roots community level.