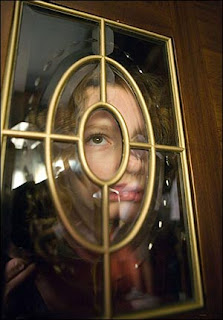 I haven't checked the box office stats for The Golden Compass, nor have I followed the media trail on it overly much, except to catch the odd murmuring, news headline or online link.
But it doesn't take a rocket science degree to figure out that any whiff of religious controversy and/or hint of boycotting by the Christian right is all a film needs to pack bums in theatre seats and all a theatre owner needs to sell XL popcorns. Think Passion of the Christ and The Da Vinci Code.
Now, I also haven't read this hot little book by Philip Pullman. Dark fantasy and traditional Christian allegory (Narnia) fiction are not my style - (my claim to fame is that I have not nor ever intend to read the Harry Potter or Narnia series and don't even get me started on the plethora of Left Behind drivel that we seem to be bombarded with), but I'll admit: I am a sucker for religious symbolism and metaphor in literature so having said that, against the mass e-mail spam urgings we've all received of late, I will plan to read this...perhaps even with my children -egads.
'Cuz don't tell me I can't do something because it creates a double negative. And we all know what that means.What I do understand, from what little I've read, is that this classic good/evil hero myth involves magic dust, daemons, a Magisterium, a small plot twist involving the death of God and a whole lot of underlying hints that the author is an atheist.
Ah, the crux of the matter, pardon the pun. Matter is what matters in this controversy, after all.

From what I can tell, Pullman is not your "garden variety materialist" as one commenter on the film blog link below noted. By that I mean, he's not merely stuck on religion as delusion, Amen or Ahem....the End. He's actually got a very well-developed atheology, that is naturally grounded in materialism. We're not talking a flimsy cloth of material here either.

He accounts for consciousness within matter and admits he ascribes to a rather elaborate panpyschist philosophy. This would seem to make sense because it strikes me that this dust particle theme in his tale bears significant resemblance to Jung's collective unconscious and that threads of Northead's process thought could potentially be found within. And it doesn't stop there. I'm also wondering if some of the materialistic dualism alive and well in this tale might also align with Samkhyan epistemology. It strikes me that shades of intelligent design provide glimmers of light to this tale of darkness but I'll have to read and decide that for myself, I guess.
Yes, even the theists can find more than enough fodder to fuel their fires lurking in the dark corners of this film and/or book. God in the dust, as it were.
I like that Pullman grants large nods to William Blake in both interview links in the paragraph. Blake is not easy reading. I would venture to say, from what little I've read, that it's obvious he gets the concept of myth ~ its role in society, religion and more to the point, storytelling and self.So yes, Virginia, I do plan to read the trilogy and I also plan to read Killing The Imposter God: Philip Pullman's Religious Imagination in His Dark Materials.
I suspect these are destined to be classics in the dawn of this neo-enlightenment era, where science and religion are converging and twisting in new and interesting ways.
The Second Coming
Turning and turning in the widening gyre
The falcon cannot hear the falconer;
Things fall apart; the centre cannot hold;
Mere anarchy is loosed upon the world,
The blood-dimmed tide is loosed, and everywhere
The ceremony of innocence is drowned;
The best lack all conviction, while the worst
Are full of passionate intensity.Surely some revelation is at hand;
Surely the Second Coming is at hand.
The Second Coming! Hardly are those words out
When a vast image out of Spiritus Mundi
Troubles my sight: a waste of desert sand;
A shape with lion body and the head of a man,
A gaze blank and pitiless as the sun,
Is moving its slow thighs, while all about it
Wind shadows of the indignant desert birds.
The darkness drops again but now I know
That twenty centuries of stony sleep
Were vexed to nightmare by a rocking cradle,
And what rough beast, its hour come round at last,
Slouches towards Bethlehem to be born?
William Butler Yeats
Posted by Holy at 09:40 2 comments:

No need to turn the sound up for this clip from The View yesterday - it speaks volumes even at low decibels.

They were talking about Epicurus, the Greek philosopher (341 - 270 BCE) who advocated living a tempered life rather than an overly-indulgent one, as might befit post-modern epicure sensibilities.

And so one thing led to another and next thing you know, they're chatting about religious chickens and eggs, relative to the Hellenistic era, which is BCE or BC, if you happen to be from Prince George and/or measure time Christologically.

Sherri Shepherd's responses ~ "Jesus came first" and "I don't think anything predated Christians" ~ are not only pop-culture classics and fabulous fodder for bloggers, they're also revealing statements about her not-so-unique brand of religiosity.

Now I don't mean to poke fun at her....that's Whoopi's job. Nor can I accuse her of being born yesterday, especially when I know she was born again. There's a marginal difference. I get the narrow albeit brightly lit tunnel she's standing in. I can even picture it grafitti'd with slogans like "Ignorranse is blisse!" and "Tribulation Tunnel: Next Stop - Heaven" and "Jesus Loves Me, this I Know, for the Bible Tells me So."

In her mind, Jesus transcends time and history as we know it, Genesis is literal and the earth, she is young. And in her rather flat worldView, chronological religious history is irrelevant. I mean gosh golly, the world wasn't even created until a handful of millennia ago.

Greco-Roman religion and mystery cults? It's all Greek to her. Judaism? A nishtikeit religion that pales in comparison and more to the point, doesn't even warrant mention. And forget the Shahadah (the Islamic creed) and the Mohammed the messenger stuff. The Lord Jesus is Sherri's Shepherd and there is no other religion but Christianity. Amen.

I hope, make that pray, for Sherri's sake, salvation, soul and all other manner of s words, that when she arrives at the pearly gates with the rest of the flock of sheep, she won't be made to answer a skill-testing question to get in. Like, on a scale of one to ten, what's your favourite colour? 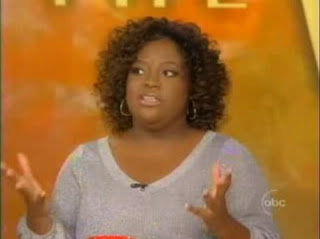 Otherwise she'll be catching that express roller coaster, Hellinahandbasket, at Mach 5 in a downward spiral, and lending an entirely new meaning to the term hot to trot.
Posted by Holy at 11:35 2 comments: